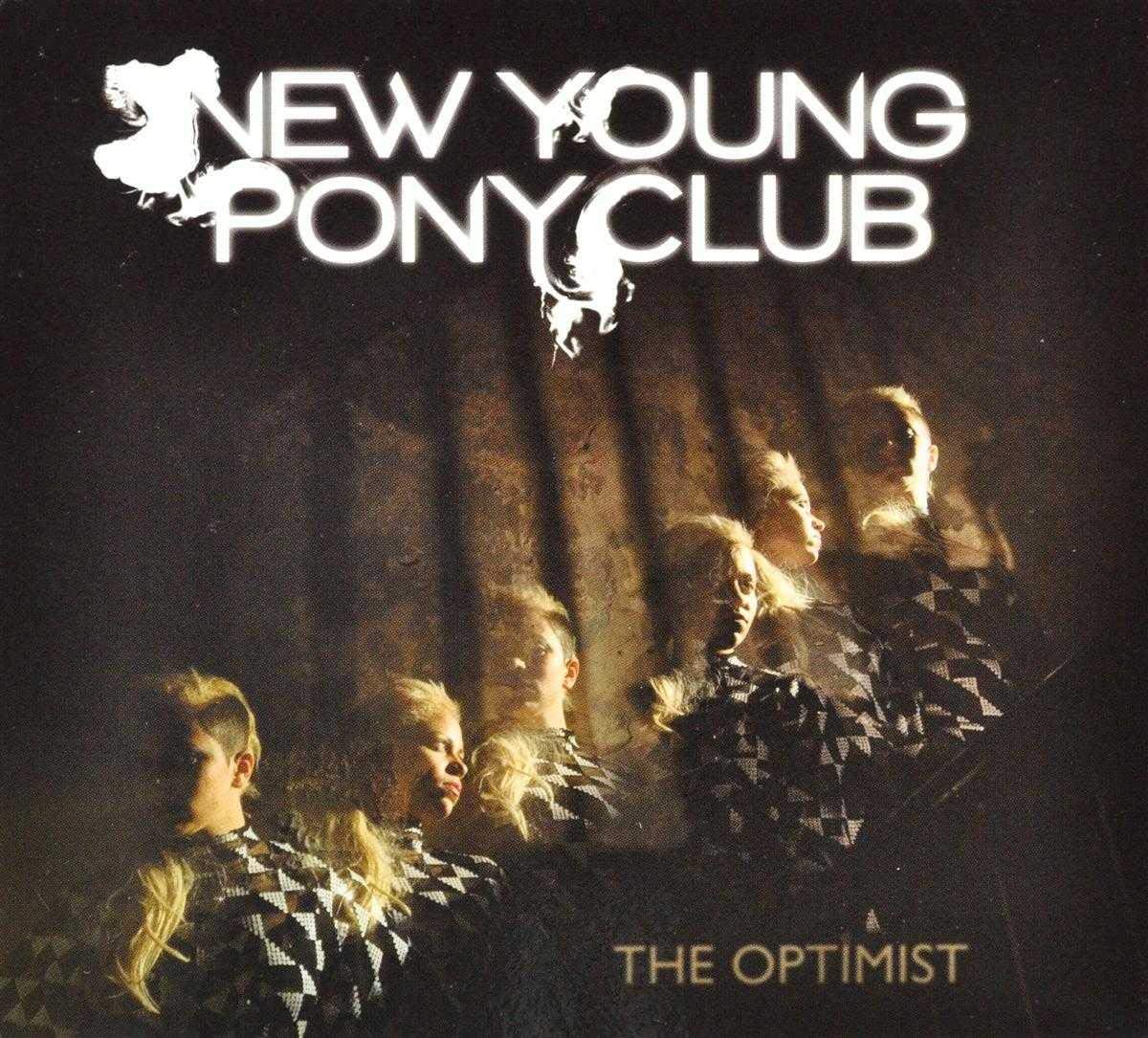 2010 release, the sophomore album from the British Alt-Rock band, released on the band's own record label. On Optimist, N.Y.P.C. has gone back to the '80's, influenced by the likes of Siouxsie & the Banshee's, the Pretenders and PJ Harvey. If 2007's critically acclaimed, Mercury Music Prize nominated Fantastic Playroom was the culmination of the hybrid Disco sound they pioneered, the Optimist heralds the beginning of a brave new future for the band. Self-produced and more importantly self-funded and self-released, the Optimist is the sound of a band taking full control of their present and future, circumnavigating their own way. With no four on the floor, no cowbell and no monotone sexy talk, the creative freedom enjoyed by the band has opened up a new experimental side, as shown by the Psychedelic Dub balladry of 'Stone' and the atmospheric, cracked beauty of 'Architect of Love', and the singles 'Lost a Girl', 'Chaos' and 'We Want To'. BBC Review ---------- Before hitting play on The Optimist, there's a fear that it's going to be a less timely rehearsal of New Young Pony Club's 2007 debut. And while the fever of that LP came from its direct rip of the early 80s, its aloof riot-starting propensities and conscious eclecticism became listless by the third playback. Thankfully, the band have returned with a triumphant LP which ceremoniously leaves the posturing behind, delivering a freer sound built on an exciting mix of crescendo, space and charm rather than quips clothed in layers of smut. Frontwoman Tahita Bulmer's vocals envelope the sound unafraid, cut loose from their quasi-spoken cage of pretence. It's astonishing to hear the difference between the NYPC of new and old, yet so apparent even from The Optimist's first track, Lost a Girl. It's a glistening pop song full of stops, starts, lurching hooks and slightly dissonant vocals that defiantly possess anything but the faux-nonchalance of the debut. “I’m making you smile, why am I doing that?” she sings, brutally picking apart a relationship dead in the water, with more openness in the one line than at any time in Fantastic Playroom. The range on this album is colossal, even though its influences are still more or less paraded; take the title-track's whirling, steam-engine keyboard parts, transplanted straight from The Horrors' reinvention of My Bloody Valentine, and the PJ Harvey-recalling sadness on the album's ballad, Stone. But there's far more than mimicry on offer here; colossal key-changes and an audible sense of excitement become the album's revelation. The Optimist suffers from a slight top-loading, but the expertly self-produced twists and turns within its songs more than compensate. sure-hit-single We Want To's exhilarating harmonies and so-far-away-from-artful chorus are expertly structured, polarising with the way Before the Light pitches a frustrated, drone-like lead vocal against the sugar of Sarah Jones and Lou Hayter's backing. The contrasts are ecstatic, setting in stone just how remarkable a comeback New Young Pony Club have pulled off. The Optimist is a super-smart pop album at the top of its game. --Natalie Shaw Find more music at the BBC ( http://www.bbc.co.uk/go/syn//albumreviews/-/music/ ) This link will take you off in a new window
Show More
Reviews

Disclaimer: The price shown above includes all applicable taxes and fees. The information provided above is for reference purposes only. Products may go out of stock and delivery estimates may change at any time. Desertcart does not validate any claims made in the product descriptions above. For additional information, please contact the manufacturer or desertcart customer service. While desertcart makes reasonable efforts to only show products available in your country, some items may be cancelled if they are prohibited for import in Costa Rica. For more details, please visit our Support Page.